Student-loan defaults surged in the first three months of 2013, while efforts to collect bad loans are faltering, according to credit analysts and government audits. It is the latest twist in a college debt crisis that is hanging over recent graduates and dragging on the broader economy. Credit-rating firm Equifax said $3.5 billion in government […]

The average college student who graduated in 2011 had $26,600 in student loans, according to a new report, which estimates two-thirds of last year’s college graduates had student loan debt. The average debt is the largest since the Institute for College Access and Success began compiling the figures in 2005, and it comes amid soaring […] 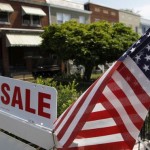 With the cost of tuition, loan delinquencies and student debt all on the rise, millennials aren’t able to enter the housing market at the same age as their predecessors, which is having a ripple effect throughout the market and could have long-lasting consequences. A report from the International Institute of Finance (IIF), shows people under […]

Have Us Call You